St David's Hall is closed to the public until Tuesday 1 September as we are adhering to the advice provided by the UK Government. The safety of our patrons, staff and artists are of utmost importance.

Please keep checking the website for the latest updates.

Should you need to contact us, please call our temporary number on 07391 791934. The phone line is manned Monday to Friday from 9.30am to 4.00pm. Please bear with us as the line will be busy and please note, unfortunately we cannot respond to texts and messages left on this number. 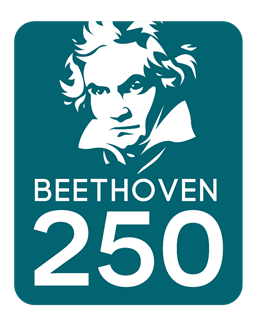 In the year that marks 250 years since the birth of one of the most influential figures in classical music, Cardiff’s music community brings together Beethoven’s most iconic works in 2020.

Cabinet Member for Culture and Leisure, Cllr Peter Bradbury said:  “Cardiff is a city bursting with creativity, from its grassroots venues to its concert halls and beyond.  This collaborative year of celebration, marking 250 years since Beethoven’s birth, will be a real showcase for the considerable musical talent, the fantastic venues we have here, and the reasons why we believe the city has the potential to become the UK’s first genuine Music City.”

The year will begin in January with Beethoven’s Piano Trio in D major ‘Ghost’ [10 January 2020] at RWCMD and runs through to November with WNO Orchestra performing Beethoven’s ground-breaking choral Symphony No 9 [8 November 2020].

As part of the anniversary, composers from RWCMD have been invited to write new works inspired by Beethoven’s Ghost Trio. The Gould Piano Trio will select one of these works to receive its premiere in the Dora Stoutzker Hall, RWCMD [10 January] alongside a performance of the original piece.

BBC National Orchestra and Chorus of Wales and WNO Orchestra come together in a monumental event at St David’s Hall, the national concert hall of Wales, to recreate Beethoven: The 1808 Concert [19 January]. Organised by the composer himself, the performance took place in the Theater an der Wien in Vienna 1808 and was considered one of Beethoven’s most remarkable concerts. It featured the public premieres of the fifth and sixth symphonies and was the final time that Beethoven appeared as a soloist, performing his fourth piano concerto. Opening the concert, WNO Orchestra conducted by Carlo Rizzi will perform Symphony No. 6, Ah! Perfido, Gloria from Mass in C Major, and Piano Concerto No. 4 with Steven Osborne. The second half performed by BBC NOW, with conductor Jaime Martín and pianist Llŷr Williams, features Symphony No. 5, Sanctus from Mass in C Major, Fantasy Op. 77 and Choral Fantasy.

In February, RWCMD Symphony Orchestra and animateur Ruth Rosales take audiences on an interactive journey through time to meet Beethoven, the musical superhero at St David’s Hall. Orchestradventure! [4 February 2020] specially devised to capture the imagination of schoolchildren through the power of a live symphony orchestra, will discover more about the deaf composer, exploring if he could hear the future in his mind! RWCMD Symphony Orchestra will tell Beethoven’s incredible story, linking his music to modern masterpieces from film music favourites.

Heading into spring, Sinfonia Cymru will present the Complete Beethoven Piano Concertos across a single weekend [21st & 22nd March 2020], performed by Pavel Kolesnikov. The former BBC Radio 3 New Generation Artist, who has only just turned 30, is emerging as a leading artist on the world stage. Presented across three concerts at BBC Hoddinott Hall, Sinfonia Cymru is conducted by Gábor Tákacs-Nagy.

In May, St David’s Hall welcomes the Aurora Orchestra to perform Beethoven's Eroica from Memory [18 May 2020]. An ensemble celebrated for its memorised performances of complete symphonies, Aurora Orchestra will perform the bold and expressive Symphony No. 3 ‘Eroica’, that re-wrote the symphonic rulebook for all time.BBC Radio 3 presenter Tom Service and conductor Nicholas Collon dismantle and rebuild Beethoven’s masterpiece in an interactive introduction ahead of the performance. The concert opens with a return to Cardiff by Nicola Benedetti, who will be performing Mendelssohn’s Violin Concerto.

Sun 19 Jan 2020
In Search of Beethoven
Film screening
In Search of Beethoven addresses the romantic myth that Beethoven was a heroic, tormented figure battling to overcome his tragic fate of deafness and who searched for his ‘immortal beloved’ but remained unmarried. It delves beyond the image of the tortured, bad-tempered, unhinged personality, to reveal someone quite different and far more interesting.  Event is free but ticketed.
Doors 11am
11.30am - 1.50pm
Level 1 | St David's Hall, Cardiff

To open, Ron Merlino investigates Beethoven’s close relationship with wine, in particular making connections between the wine he drank and the Viennese vineyards he knew with his epic, middle-period works. Following this composer insight, Dr Jon James takes a look at the monumental 1808 concert in Vienna organised by Beethoven himself, and discusses the musical ideas that bind it together.
3pm - 3.45pm
Lefel 1 | St David's Hall, Cardiff