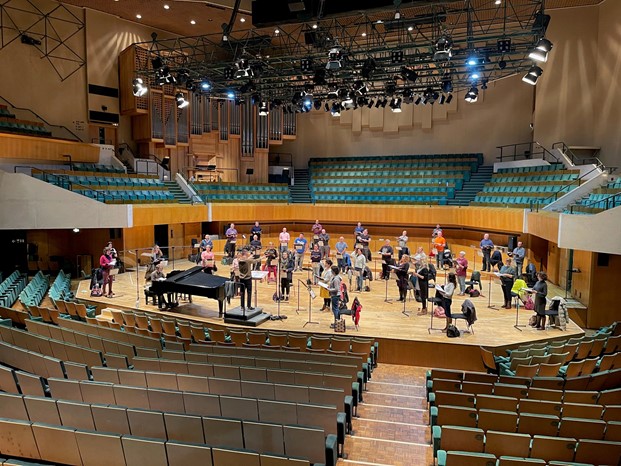 The National Concert Hall of Wales remains closed in accordance with government guidelines, but the venue’s staff have been working hard behind the scenes to provide their loyal patrons with high quality classical content.

WNO rehearsals taking place this week at the Hall will culminate in two live recordings of performances to be shared digitally with audiences at a later date – one by WNO’s Chorus and the other by WNO Orchestra.

The live recording on Friday 4 December will feature WNO Chorus performing a programme including Wilberg’s It is Well With My Soul, The Bell Chorus from Leoncavallo’s Pagliacci, Lauridsen’s Sure on This Shining Night and Cigarette Chorus from Bizet’s Carmen amongst other works. 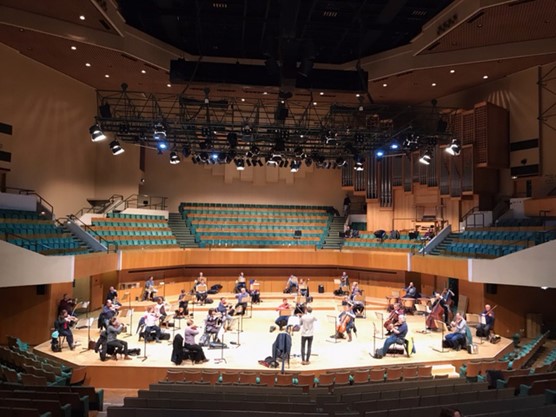 St David’s Hall and WNO will continue to work together into the New Year as both organisations make preparation for live performances to resume.

WNO’s General Director, Aidan Lang said: “We are so pleased that our Orchestra and Chorus have been given the chance to work together again – something we have been able to achieve by working with our venue partners at St David’s Hall and Wales Millennium Centre.

“These sessions have enabled us to rehearse and record performances that we can share digitally, and have helped us get back to match fitness. We aim to be ready to return with performances of Il trovatore and The Barber of Seville as well as our concert performances in the spring for live audiences when and where it is possible to do so.

“The past nine months have been extremely challenging, but we are now working towards that moment when we can all enjoyand experience live music once again.” 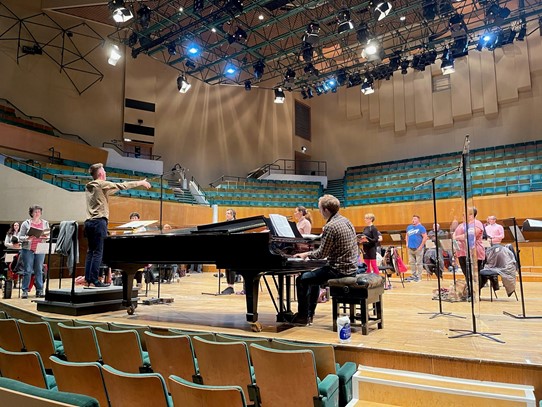 Last week St David’s Hall worked in partnership with the Cheltenham Music Festival including performances from Ben Goldscheider, Anna Lapwood and The Carducci Quartet. Each of the lunchtime concerts were broadcast live on BBC Radio 3, and can be listened to again over the next month on BBC Sounds.

The Cheltenham Music Festival was cancelled earlier this year due to the outbreak of COVID-19, so it was a huge benefit to be able to enable some of the musicians to work and perform the programmes that would have taken place in July.

There are more exciting recitals to be broadcast live on BBC Radio 3 over the next fortnight from St David’s Hall including performances by Sir Bryn Terfel, Catrin Finch, Clare Hammond and Llŷr Williams.