St David's Hall is closed to the public until further notice with immediate effect as we are adhering to advice provided by the UK Government. The safety of our patrons, staff and artists are of utmost importance.

Please keep checking the website for the latest updates.

New Season of Contemporary Classical in the L3 Lounge

New Season of Contemporary Classical in the L3 Lounge 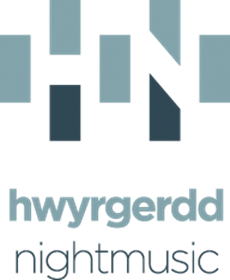 NEW SEASON OF
CONTEMPORARY CLASSICAL
IN THE L3 LOUNGE!

nightmusic is the exciting contemporary series at St David’s Hall, and it's coming back with a stunning showcase of Britain’s leading experimental artists!

Featuring four captivating concerts across the 2019/20 season, nightmusic presents some of the most thrilling and distinctive voices working today in an easy-going way, which allows you to explore unfamiliar genres. In partnership with Associate Composer, Freya Waley-Cohen, nightmusic will play a part in creating the next generation of chamber music, as we premiere music by the best young Welsh composers to feature in each event, courtesy of Tŷ Cerdd. As an added incentive, we’ll even include your first drink within the £10* ticket price! 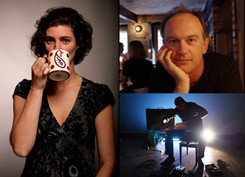 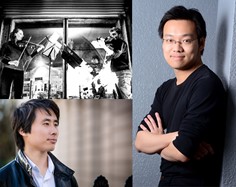 The charismatic and vibrant Tabea Debus (Tues 14 April) mixes baroque staples with contemporary workouts to give recorder music a major reboot. Tabea is joined by the feisty saxophones of the Laefer Quartet, whose eclectic mix includes several new commissions alongside lively re-workings of timeless classics. The 2019/20 nightmusic season closes with the incredible and innovative Sean Shibe (Tues 12 May), who is every bit as mesmerising with a Fender Stratocaster as he is armed with a lute! You’ll never think of classical guitarists in the same way again after hearing the RPS Young Artist Award winner. His ground-breaking, earth-shaking softLOUD project really shook things up, so expect some seriously seismic moments in this exhilarating event.

All nightmusic performances take place in the intimate setting of the L3 Lounge amid atmospheric lighting and spoken introductions from the performers to open up their musical worlds. Every evening will be as informal as it is immersive, with plenty of opportunities to talk to the artists between sets.