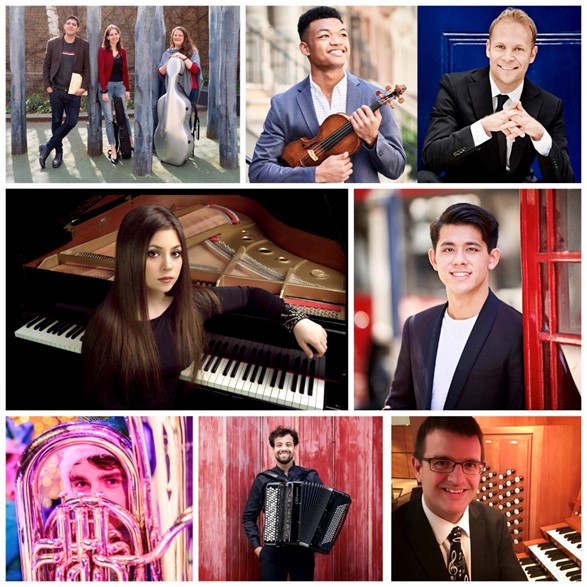 FROM Bach and Bourgeois to Schubert and Saint-Saëns, the Autumn / Winter 2021-22 Lunchtime Concerts series returns to St David’s Hall with seven wonderful performances. 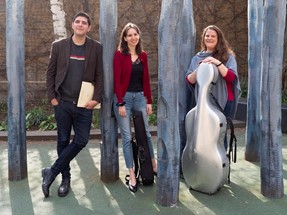 The perfect way to break up your day, each concert begins at 1pm and lasts for one hour starting with Odysseus Piano Trio (Tues 14 Sept). Already established as one of the UK’s most dynamic and distinctive ensembles, the trio of Robin Green, Sara Trickey and Rosie Biss deliver a programme featuring two of the finest German composers of the Romantic era with Robert Schumann’s 6 Canonic Studies and Clara Schumann’s Piano Trio. The centre-piece of this concert also offers a Welsh Premiere in Helen Grime’s Three Whistler Miniatures. 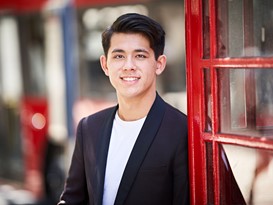 A week later, the multi award-winning pianist George Harliono (Tues 21 Sept) plays a powerful programme starting with Wilhelm Kempff’s masterful transcription of Bach’s Siciliano alongside works by Haydn and Schubert before a stunning finale of Liszt’s Spanish Rhapsody. A prize winner at the 2019 YCAT International Auditions, Harliono’s prodigious talent made him the youngest student ever to take up a scholarship at the Royal College of Music in 2017. 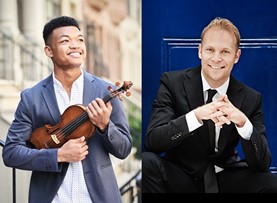 Next up is the exciting violin and piano duo of Randall Goosby and Jonathan Ware (Tues 28 Sept). Signed to the Decca Classics record label, Goosby was the youngest ever winner of the junior division of the prestigious Sphinx Competition in the USA and he’s a protégé of Itzhak Perlman – one of the world’s legendary violinists. A winner at the 2014 YCAT Auditions and a much sought after song accompanist and chamber musician, Texas-born Jonathan Ware now resides in Berlin where he teaches at the Hochschule ‘Hanns Eisler’ and Barenboim-Said Academy. Together, Goosby and Ware join forces for a programme featuring pieces by Samuel Coleridge-Taylor, Florence Price and William Grant Still. 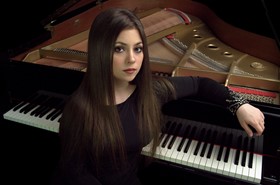 Lara Melda (Tues 12 Oct) shot to fame by winning the 2010 BBC Young Musician of the Year competition with her spellbinding performance of Saint-Saëns’ Piano Concerto No 2 in the final round with Vasily Petrenko and the BBC National Orchestra of Wales in Cardiff. Since then Melda has made her BBC Proms debut at the Royal Albert Hall and played at several acclaimed venues across the UK, Europe and New Zealand. At St David’s Hall, she plays a captivating programme of Chopin (Nocturne in B flat minor & Sonata No 3 in B minor) and Rachmaninoff (Étude Tableau No 7 in E flat major & Étude Tableau No 8 in G minor). 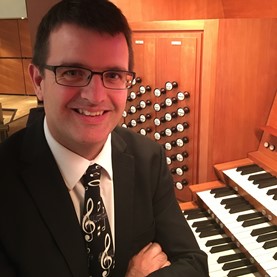 In association with Cardiff Organ Events, revered organist Paul Carr (Tues 19 Oct) returns with a varied programme with highlights including Bossi, Bach and Bourgeois as well as a magical recital of Tchaikovsky’s Nutcracker Suite. A freelance musician with over 20 years’ experience, Paul Carr is a graduate of Royal Birmingham Conservatoire and was awarded Honorary Membership in 2015. 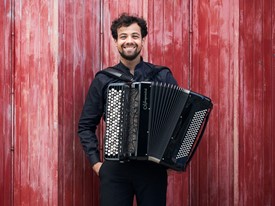 Described as an “artist whose overwhelming musicality goes beyond his instrument” in Italian newspaper Il Sole 24 Ore, accordionist Samuele Telari (Tues 2 Nov) has won several awards in his native Italy and internationally. In 2020, he recorded the Goldberg Variations at Queen’s Hall in Edinburgh, and this year he makes his debut with the Haydn Orchestra conducted by Kent Nagano. At St David’s Hall, he performs Ligeti’s Musica Ricercata (Nos.1, 3, 4, 6, 7, 9 and 10 – arranged by Max Bonnay) before closing with Mussorgsky’s Pictures at an Exhibition. 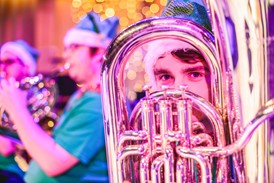 The Autumn / Winter 2021-22 Lunchtime Concerts series closes with the perfect chance for a family sing-along  as conductor Dr Robert Childs leads the Royal Welsh College of Music and Drama Festive Brass (Fri 10 Dec) through a medley of carols and Christmas classics.