If you’ve been to a show over the last three decades at St David’s Hall, you’ll probably recognise our House Manager, Gareth Griffiths.

He can usually be spotted wearing a sharp suit, assisting patrons and ensuring everything runs smoothly onstage and backstage. Yet, there certainly hasn’t been the hustle and bustle of a full house to deal with recently while the venue is closed for now in line with government guidelines.

Gareth said: “Having 34 years at the Hall under my belt and covering some 200 events per annum on average, it’s been strange to adjust to an empty auditorium.” 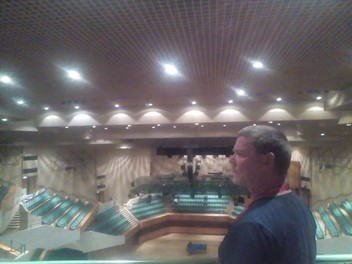 He has been regularly popping into the National Concert Hall of Wales to carry out security and safety checks, and to collect post which is then delivered to Box Office staff so that customer queries are dealt with as efficiently as possible.

Recently, Gareth has been conducting socially distanced meetings with contractors, who are completing upgrade works at the venue as well as a company that are hoping to make use of the Hall’s unique facilities for an exciting TV series. 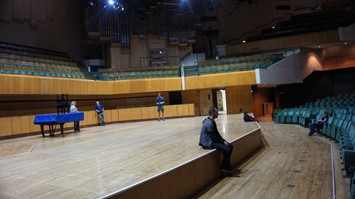 A state of the art Building Management System has just been installed, which controls heating and cooling for the entire building with touchscreen facilities that allow the temperature to be customised for specific performances and requirements. 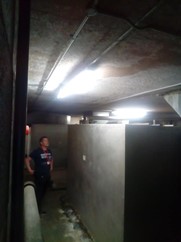 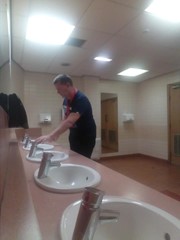 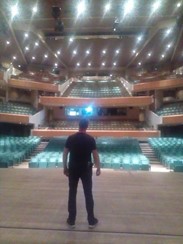 Whilst tidying his office recently, Gareth unearthed an old VHS tape from a long-forgotten TV show called Onstage Backstage. In Episode 1 titled House Manager which was originally broadcast in June 1996, Gareth is interviewed looking like a member of Spandau Ballet! He is now working on digitising the tape for his colleagues to see once the Hall re-opens.

Gareth said: “I had only been in post of House Manager for a couple of years when the opportunity for my 15 minutes of fame arose to be filmed and shadowed by two young people looking to get an insider’s view of working in the industry.

“I probably went through an entire can of hairspray to keep my 80s quiff in shape for the duration of the shoot. This was during my Patrick Swayze era long before my current short crop, which I have shorn twice during lockdown to keep my flowing locks at bay!” 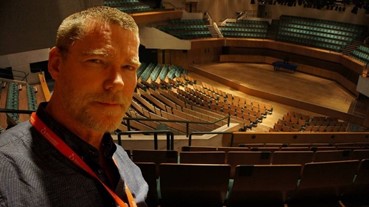 The show must go on! St David's Hall and New Theatre

There’s an old adage in showbiz that the “Show must go on”, but the last few weeks have certainly put that motto to the test at St David’s Hall and the New Theatre.

However, every effort has been made behind the scenes to ensure that our loyal patrons will still get the same level of high quality, diverse programming once things get back to normal.

The arts can provide therapy and a great sense of community, so it’s vital that we restore that feeling of togetherness in the coming months when enjoying everything from drama to dance, operas to orchestras and comedy to choirs.

Our Planning departments have been working so hard to reschedule so many shows, whilst the Marketing teams have maintained contact with patrons with regular updates.

At the heart of both St David’s Hall and the New Theatre though are the Box Offices, which do the all-important job of selling tickets for well over 300 shows a year. With the venues closed for now in line with government guidelines, Debbie Howells and Michelle Webber have been continuing our high levels of customer service from home. 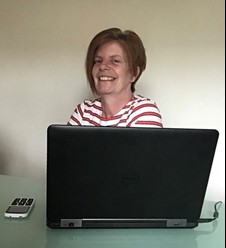 St David’s Hall Box Office Supervisor, Debbie Howells said: “I have been taking over 100 calls per week and our House Managers regularly pop into the Hall for security checks and to collect post, which is dropped at my home so I’ve been dealing with nearly 200 letters as well. It’s been hard work, but it ensures the Box Office continues to run as smoothly as possible during this challenging time.” 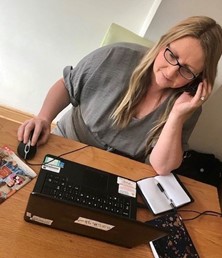 New Theatre Box Office Supervisor, Michelle Webber said: “I have been working from home for the past three weeks with a single phone line answering customer queries, refunding and rescheduling shows and handling new bookings. Most importantly, our customers have been provided with a high level of customer care in these strange and uncertain times.”