Cardiff Singer of the World

Cardiff Singer of the World

ST DAVID’S HALL is delighted to announce the return of BBC Cardiff Singer of the World 2021 from Saturday 12 – Saturday 19 June.

Now in its 20th edition at the National Concert Hall of Wales, the prestigious classical music competition celebrates the most exciting new operatic talent worldwide. The 16 singers will all be competing for the ultimate crown of BBC Cardiff Singer of the World, as well as the Song Prize. 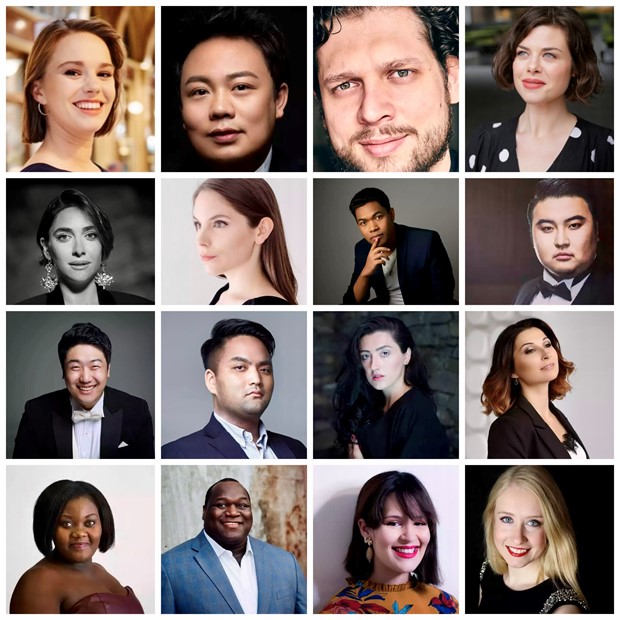 In strict compliance with the latest health and safety government guidelines related to COVID-19, the event will be staged without an audience, but every round is available via BBC TV, iPlayer and radio.

This year’s competitors come from 15 countries including Madagascar and the Republic of Kosovo – neither of which have ever featured in the competition before.

The finalists range in age from 26-32, and will be accompanied by the BBC National Orchestra of Wales and the Orchestra of the Welsh National Opera with conductors Andrew Litton and Michael Christie. Both the orchestras will be in reduced numbers to allow required social distancing.

The biennial competition at the National Concert Hall of Wales has launched the careers of some of the world’s biggest opera stars, such as Karita Mattila, Elīna Garanča, Anja Harteros, Dmitri Hvorostovsky, Sir Bryn Terfel, Jamie Barton and 2019 winner baritone Andrei Kymach from Ukraine.

With an average age of 29, the competitors have made it through three selection stages from a record-breaking number of applications. The initial list of 75 candidates was whittled down by panels including Ingrid Surgenor MBE, Lyndon Jones, Dame Kiri Te Kanawa, Nicholas Payne, Angela Livingstone, Isabel Murphy and Jeremy Caulton.

The main jury is chaired by General Director of Welsh National Opera Aidan Lang, and includes two celebrated stars of the opera world in Welsh bass-baritone Neal Davies and US soprano Roberta Alexander.

In the Song Prize, competitors present Lieder and art songs accompanied by internationally renowned pianists Llŷr Williams and Simon Lepper. The judging panel includes the Chair, John Gilhooly (Wigmore Hall’s Artistic and Executive Director) along with Neal Davies and Roberta Alexander. These more intimate performances will be at the Dora Stoutzker Hall of the Royal Welsh College of Music and Drama with the Song Prize Final taking place at St David’s Hall.

“We hope that this year’s edition will be a beacon of hope for all young singers – those competing and those possibly watching from home – as we show our support for up and coming artists, provide a much-needed showcase for their extraordinary talent and revel for a few days in live music-making of the very highest order.”

Cardiff Council Cabinet Member for Culture and Leisure, Councillor Peter Bradbury said: “We are thrilled to once again be hosting one of the most prestigious singing competitions in the world.

“This will be one of the first live events to take place in the National Concert Hall of Wales following an extended period of closure, which will make it all the more exciting for those involved.

“Ever since officially opening in 1983, St David’s Hall has hosted BBC Cardiff Singer of the World every two years and it has really showcased Cardiff to a global audience.

“With the Hall’s outstanding quality of acoustics – recognised amongst the top 10 in the world – there is no better venue to stage this brilliant competition.”